Don’t Miss Out On The Best Offers Of The Year! Book A Cruise Bargain In The January Sales! See The Latest Offers Here >>

In the wee hours of 15th September 2022, Princess Cruises announced their newest cruise ship on order, Sun Princess. She’s set to be the brand’s largest in the fleet. She’s also the first in the new Sphere Class for Princess Cruises.

As with all new ships being built by the Carnival Corporation currently, she will be powered by Liquified Natural Gas (LNG). A cleaner burning fuel that significantly reduces air emissions and marine gasoil. All done in an effort to minimise the company’s environmental footprint.

Now, you may think that you’ve heard the name Sun Princess before, and you have! She is in fact the third ship to be bestowed the name Sun Princess. The first ship of her name sailed from 1974 to 1988 and the second sailed from 1995 to 2020. She’s always been a game-changer for the cruise line… At that time, she had the largest number of balcony cabins and the first 24-hour cafe. 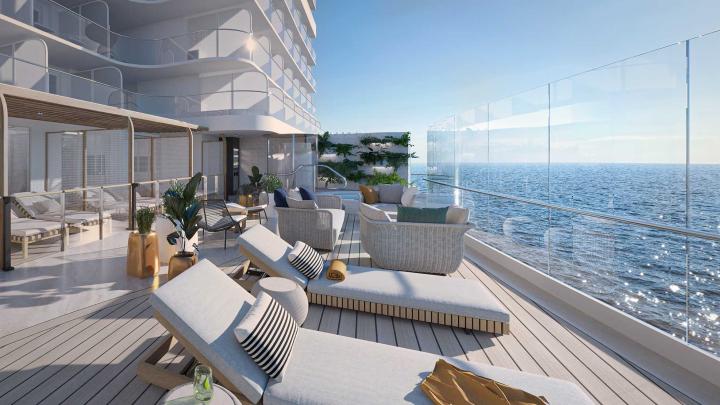 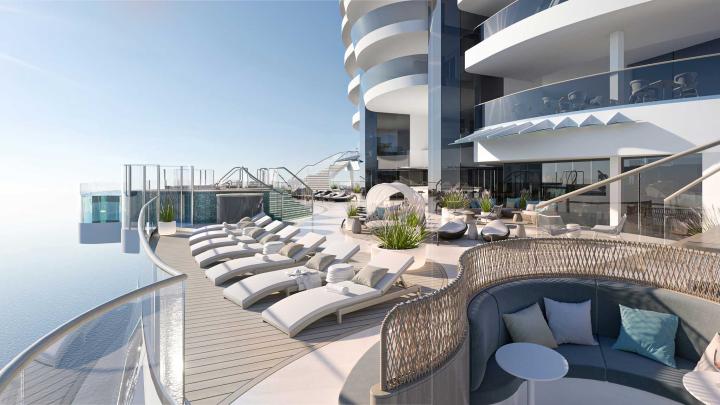 When Princess Cruises say she will be their largest, she will weigh in at 175,500 GRT and will accommodate 4,300 guests. Her new onboard features mean she’ll boast stunning views, innovative entertainment venues, multi-storey dining rooms and next level stateroom accommodations.

Sun Princess is currently under construction at the Fincantieri shipyard and is scheduled to make its debut in February 2024. It embraces Italian heritage by including the newly added feature “The Dome,” a cutting-edge entertainment space inspired by the terraces of Santorini. The unique Princess Medallion, that continues to provide great personalised experiences, will also be featured on Sun Princess.

In February 2024, Sun Princess will embark on its first spring/summer season of Mediterranean cruises. In autumn of the same year, she will depart for Western and Eastern Caribbean cruises from Port Everglades, Florida.

John Padgett, Princess Cruises president, had this to say:

Sun Princess is a new and bespoke ship platform, designed to simultaneously embrace Princess heritage while boldly pressing into the future with iconic, elegant and pure lines unique to our brand.

A show-stopping, first-of-its-kind Dome on the top deck and suspended glass Piazza in the centre of Sun Princess offer innovative designs showcasing expansive ocean views for incredible opportunities to connect with the sea.

With more than 29 dining and drink options, the ship connects guests with dynamic vistas of the world and cutting-edge experiences. The newly-designed Piazza is a three-story architectural wonder featuring a suspended, outward-looking area with spots for relaxing seating and taking in 360-degree views of the ocean. Additionally, the Piazza’s centre features an outstanding LED screen that can be relocated and set up to present live entertainment programming. All this alongside Princess favourites such as Crooners Bar, Bellini’s Cocktail Bar, and Alfredo’s Pizzeria. A brand-new coffee shop called Coffee Currents will be situated close to the Piazza atrium. 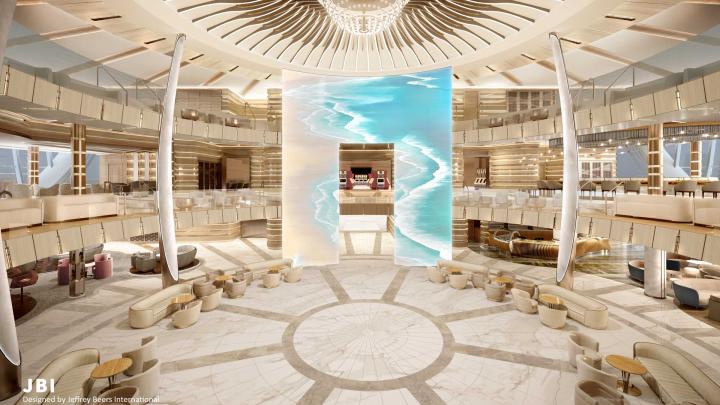 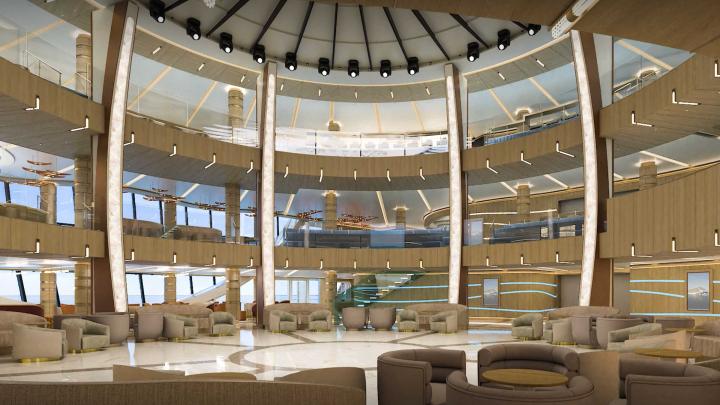 The Dome is the other distinctive new feature on board Sun Princess. It is a multi-level covered deck with a first-of-its-kind glass-enclosed dome ever built on a cruise ship, inspired by the terraces of Santorini. The Dome features an indoor/outdoor pool and a distinctive water feature during the day offering a welcoming environment. At night, it’s entertainment central, with a South Beach vibe, cutting-edge lighting effects, and the capacity to present breathtaking aerial shows, when the pool turns into a stage. 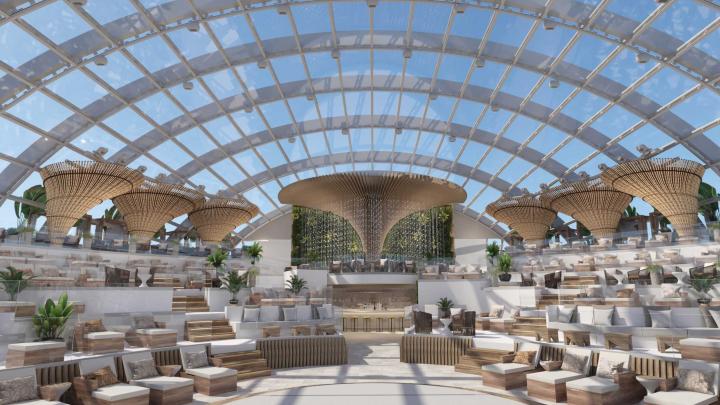 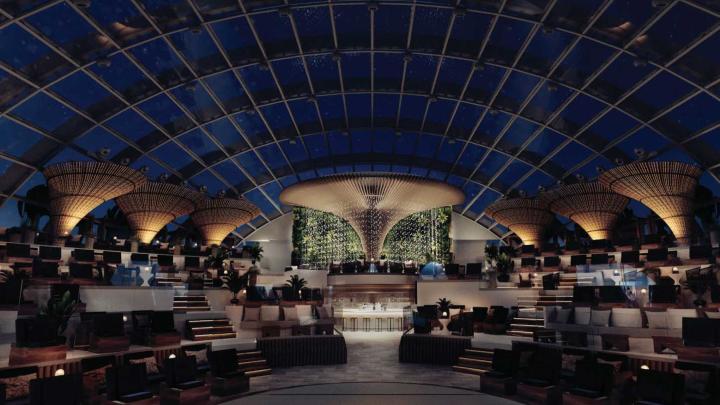 The interior of the ship as a whole embraces the world outside, and celebrates the romanticism of the sea, providing vistas from dawn till dusk. Sun Princess offers more memorable viewing points to take in the breathtaking locations and ocean panoramas that passengers wish to see on a Princess cruise thanks to its brighter and lighter décor and finishes.

The 21-deck Sun Princess has 2,157 total cabins, including 50 suites and 100 connecting rooms, and all balcony accommodations have a sofa in the room. 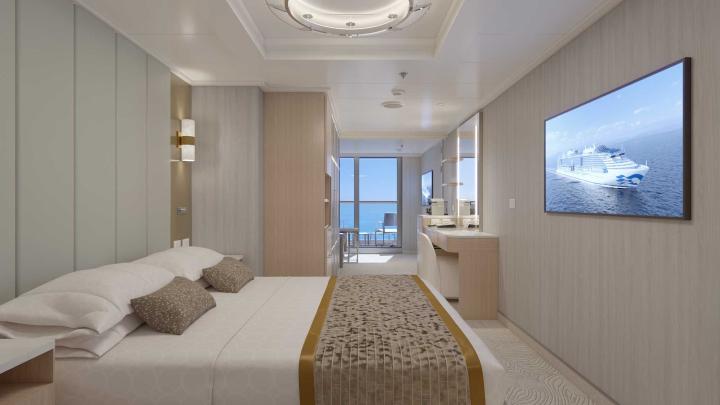 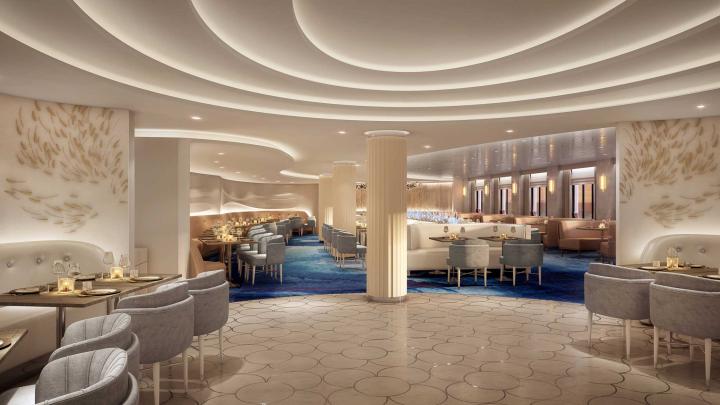 The Signature Collection, a new tier of suite accommodations, will also debut only on Sun Princess. These suites give guests access to The Sanctuary’s exclusive Signature Restaurant, Signature Lounge, and Signature Sun Deck in addition to their luxurious cabin amenities. 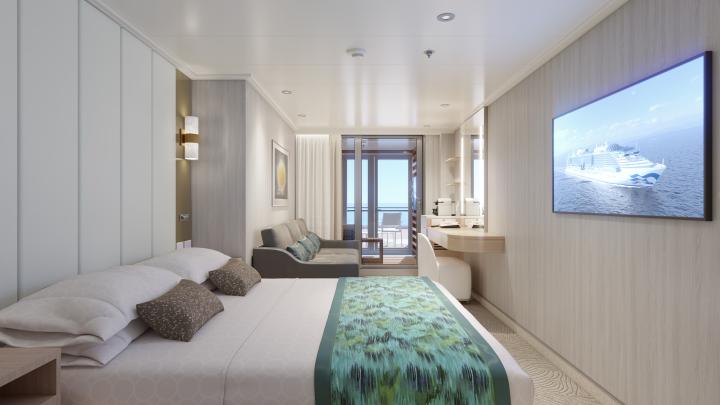 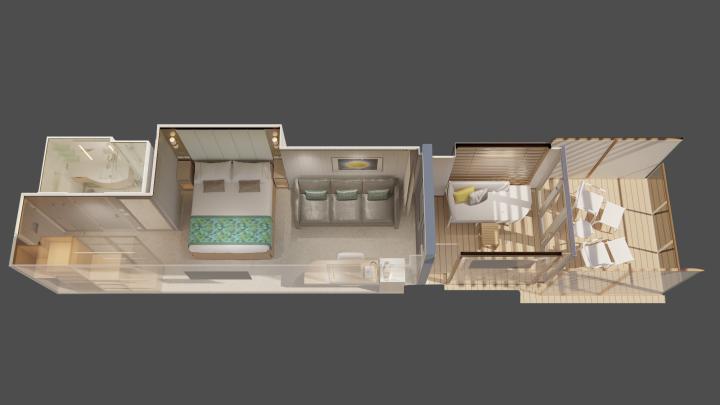 The inaugural season for Sun Princess begins in February 2024 with Mediterranean itineraries, and she’s ON SALE NOW!

The first three sailings are:

Captains Circle members discount will be applicable until 31 December 2022*.

A second, next-generation Sphere-class ship is also on order, slated to be delivered by Fincantieri in spring 2025. 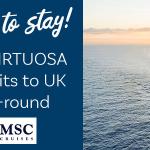 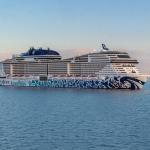