New 2022 sailings for MSC Cruises are now on sale, featuring ten ships in the Mediterranean, a second homeport in the US, and a slightly longer season for MSC Magnifica.

The summer season, running from April through to November, offers a range of itineraries to suit a variety of vacation styles with 19 ships to choose from, including the most embarkation ports in the Mediterranean.

Highlights in Western Med include a combination of itineraries visiting Italy, France, Spain and Malta, with multiple embarkation ports that are “easily accessible from around the world”. Plus, ships to these destinations will also feature the MSC Yacht Club, the line’s “ship within a ship” luxury concept.

In the Eastern Med, which has grown in popularity for MSC in recent years, the summer 2022 programme includes sailings on the Adriatic and Aegean Seas plus calls in Italy, the Greek islands, Croatia and Albania.

Sailing out of Miami and Port Canaveral, two of MSC Cruises’ ships will also call at Ocean Cay MSC Marine Reserve, the company’s private island destination in the Bahamas.

Cruises in Northern Europe will range from two to 21 nights. In autumn 2022, MSC will offer long cruises from Genoa, which cruises will be available to book in the coming months.

MSC Magnifica’s Southampton season has been extended by two weeks. Rather than finishing on 1 October 2022, the vessel’s final sailing will now depart on 15 October 2022.

Discover more about these cruises and plan ahead for 2022 by getting in touch with us HERE. 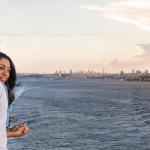 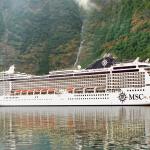