Celebrating a decade of Queen Elizabeth

This month marks a decade since Queen Elizabeth first arrived in Southampton, where she was officially named by Her Majesty The Queen before sailing on a maiden voyage to the Canary Islands. Here we take a look at what sets Queen Elizabeth apart as a unique member of Cunard’s iconic fleet and mark her 10 year anniversary with a celebratory video.

With the addition of Alaska to her itinerary list in 2019, Queen Elizabeth isn’t afraid to go new places for her guests’ enjoyment. The launch of her new programme for 2021 sees the return of the fly-med season for adventures closer to home.

From theatre to wines, art to literature, Queen Elizabeth celebrates your passions. Enjoy croquet on her Games Deck, stunning entertainment in Royal Court Theatre or relax in her elegant conservatory. The choice is yours. 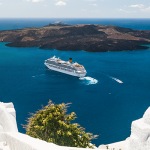 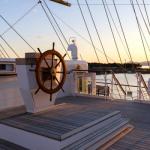